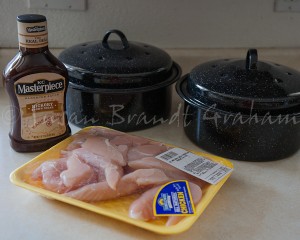 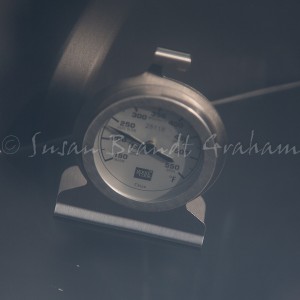 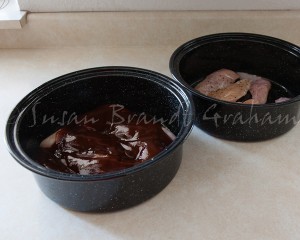 Just out of curiosity, I decided to leave the oven out, to see what temperatures would actually be reached during the day. Much to my surprise, the temperature got up to 270 F by noon and stayed there until 3:30 pm, in spite of the continued scattered clouds. 270 F is about the maximum temperature this solar oven will reach at this latitude, without the use of reflectors. So, I was surprised. 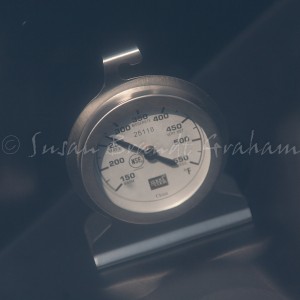 Because of the high – for the solar oven – temperature in spite of the scattered clouds, I decided to try cooking some corn. We had planned to have it with the bbq chicken, anyway, and the solar oven was free because the chicken had been cooked indoors. I removed the outer dark green husks, and then pulled back, but did not remove, the lighter green husks. This allowed me to remove most of the corn silks. 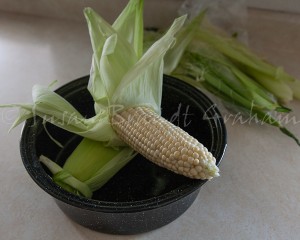 Then I pulled up the thin husks, and tied each ear with its husks with a piece of the darker green husk. 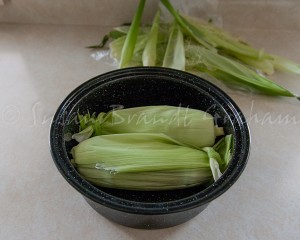 For dinner we once again had our favorite summer salad: baby greens with strawberries, avocado, and raspberry vinaigrette dressing – very refreshing even on a hot day! 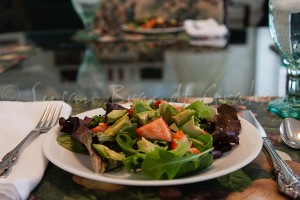 Then, we had the bbq chicken that had started out to be solar cooked, but ended up being oven cooked, along with fresh corn that was cooked in the solar oven. Not surprisingly, the chicken was a little dry. The flavor was excellent, and I’ll try it again on a day when there is not a cloud in the sky. The corn was wonderful! 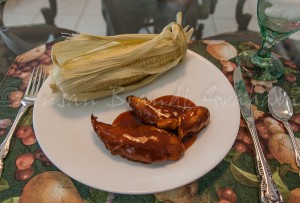