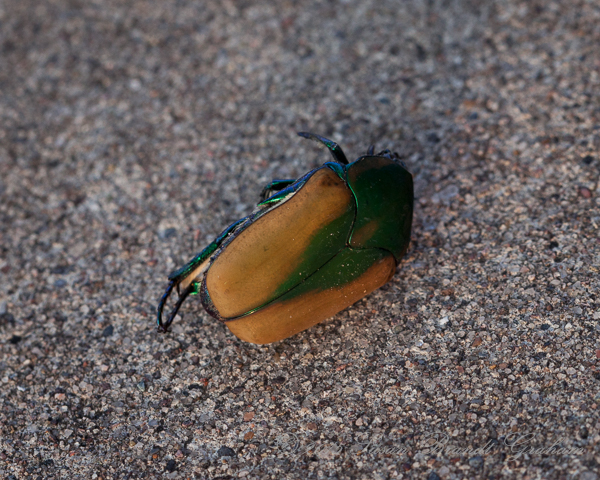 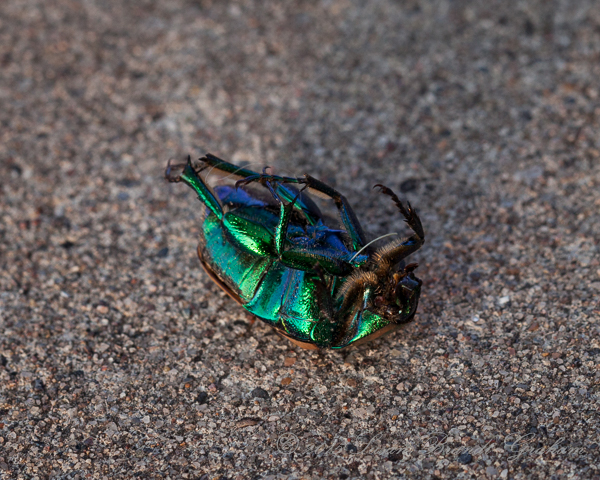 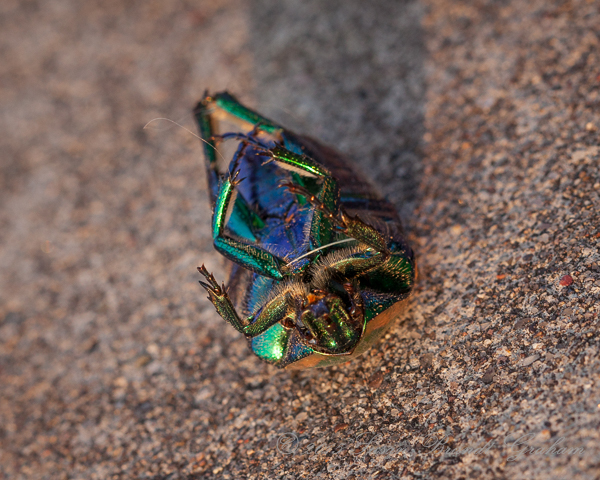 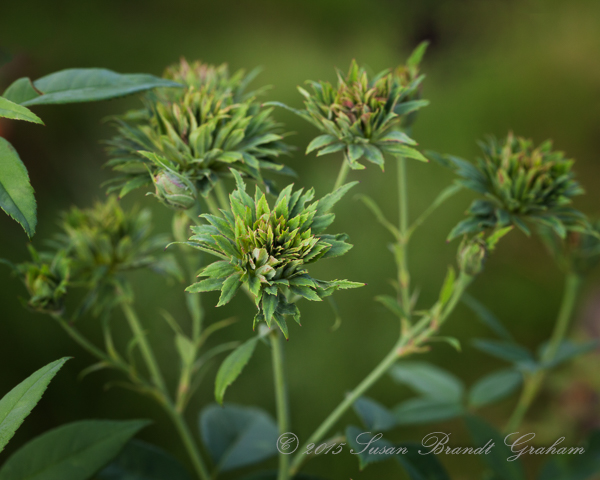 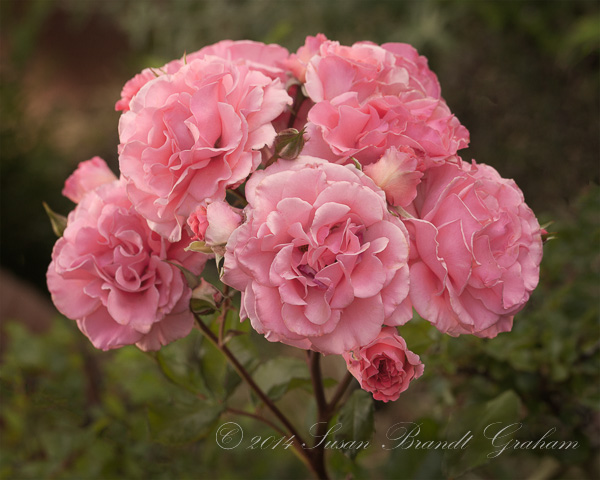 This beautiful spider and its equally beautiful web greeted me one recent morning. The web had been woven overnight, and blocked my way from the patio to the remainder of the yard. Oh, well… I went in to get my camera, and then walked through the round garden to get to the other side, where the light was better for a photograph. 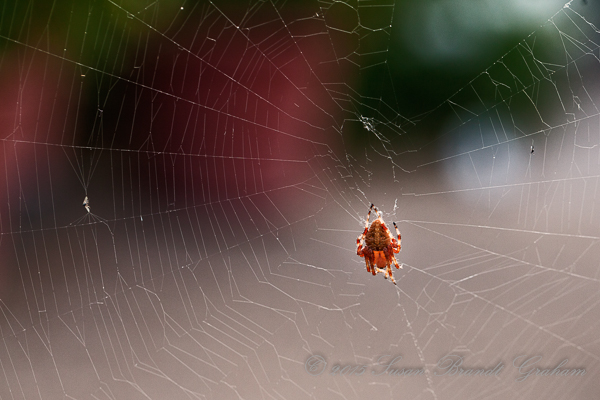 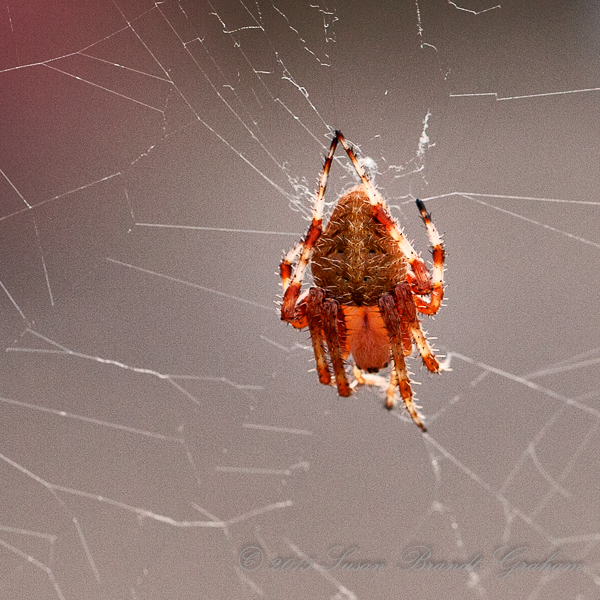 Beautiful spider and web, up close

Spiders of a wide variety are found in the gardens of the Desert Southwest. Here in Albuquerque, I expect to find beautiful webs such as this one, some stronger, some less strong, from August until a heavy frost. They may occur at other times, but this is the time I expect to see them. At times, I have had access to the front door blocked by a beautiful web I did not wish to destroy. This was the first web I have had that blocked usual access from the patio to the rest of the yard. Although I would have preferred its location to be elsewhere, I was happy to find such a beautiful web in the morning light. 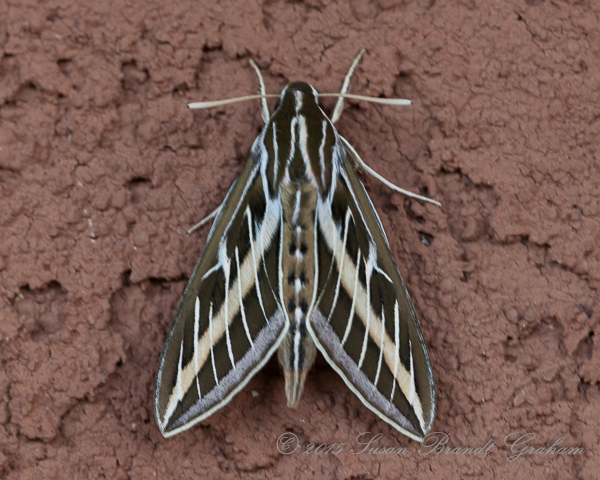 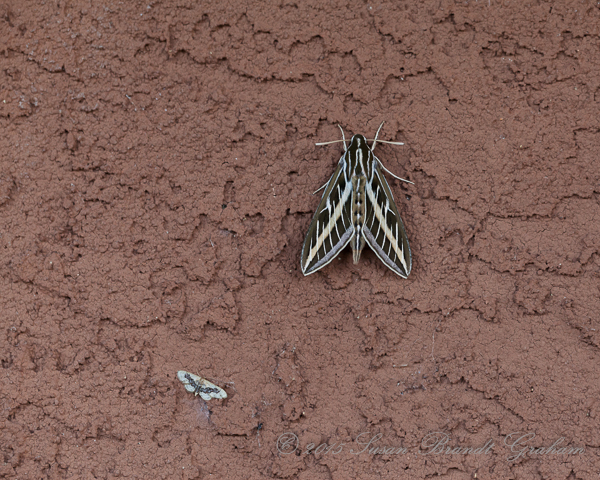 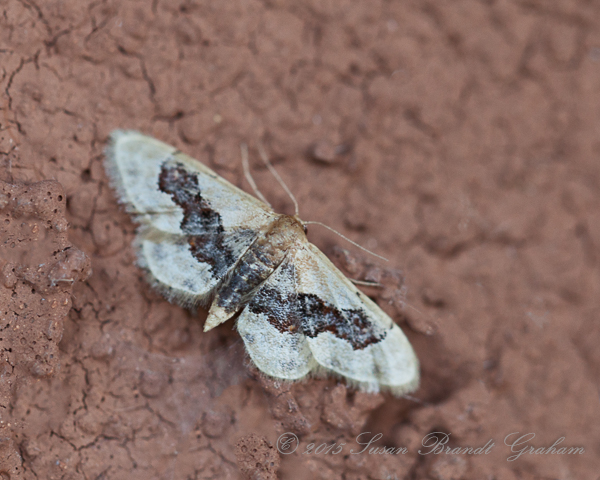 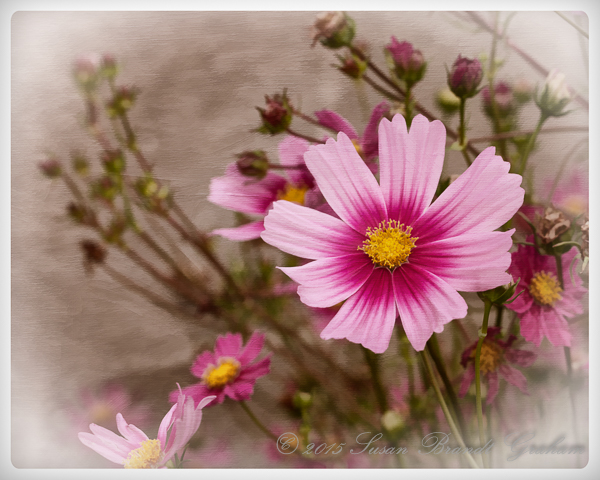 Cosmos is an annual I grow every year, not only for the beauty of the flowers, but also because the goldfinches and hummingbirds like them. When the seeds develop, the goldfinches prefer them to the nyger seeds I usually provide. For that reason, I do not deadhead these flowers, even though I would get more blooms if I did. I grow them, enjoy them, and then enjoy watching the birds feed on them.

Several days ago I posted some images from my garden, images with no editing (to say nothing of enhancements!) except for cropping and placement of a watermark. That was something of a photography exercise for me. Although I was not unhappy with the outcome, I personally found the exercise itself to lack the “fun” I find in digital photography. Last evening, for the first time in some time, I had a couple of hours to do what I enjoy – manipulate a photograph to create an image that reflected something more (to me, at least) than “a real flower captured by the camera.” What you see is the result.

I firmly believe that developing a raw file is something absolutely necessary to realize the full potential of digital photography, and should always be allowed.

“Enhancing” a photo through the use of many techniques, as this image has been enhanced, is very different from editing a raw file to develop it. I think any discussion of what should be allowed for any given use of an image should clearly distinguish between “editing” to develop a raw file, and “enhancing” to create an image not captured on a sensor.

Back to cosmos – a wonderful annual for its inherent beauty, and as a natural “feeder” for birds. A good flower for the garden in the desert southwest.